Brief History of the Cities of Rajasthan 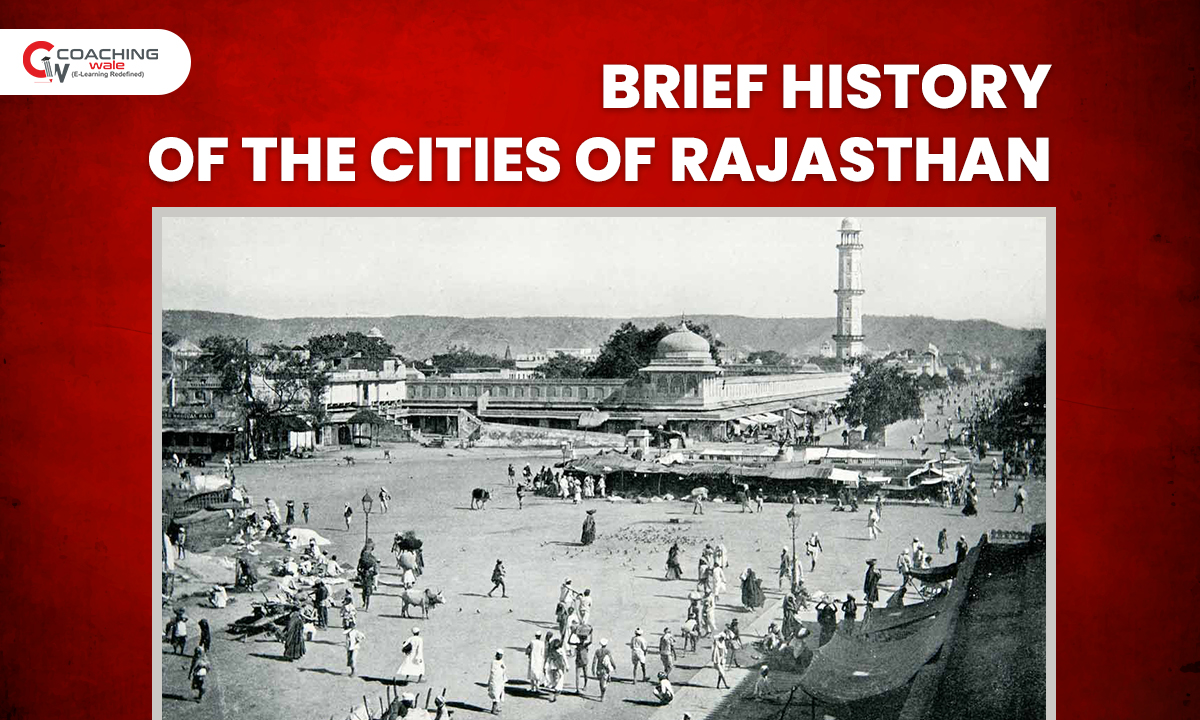 Brief History of the Cities of Rajasthan

Rajasthan is the largest state in India. And as the name suggests, 'Raja', it was a state of rulers and kingdoms, unlike most states in India. Rajasthan is very famous for its great forts that are built on the valleys or the Aravalli range. Even to this day, the culture of the cities give you a feeling that you are actually living in a kingdom ruled by some king. Apart from the royalty Rajasthan is very rich in its production of spices.

Coming to its origin, the state was formed in the March of 1949, 1.5 years after the independence. The current state is the amalgamation of several kingdoms collectively called as Rajasthan now. The state is spread across 1,32,139 square miles, and through this land, you can see different cultures, different animals and landforms too. There is a Thar Desert in Rajasthan, which is India's greatest desert, and there is Aravalli range, which is the oldest range in India. Hence, you see a desert as well as a mountain range, both in a single state. Coming back to the history of the state, this article will tell you about the history of the cities of the state.

Because of being the capital city of Rajasthan, Jaipur is situated in the middle of Rajasthan. The city was built by Maharaja Sawai Jai Singh II in the 1727 AD. The city is named after the Maharaja himself. The city was later called as the Pink City in the year 1876 when Maharaja Ram Singh painted the city in Pink to welcome the Prince of Wales. Jaipur has seen a lot of rulers since its inception, and you will know them in the chronological order.

Previously known as the Marwar kingdom, Jodhpur city came into effect in the year 1459 after the chief of Rathore Clan Rao Jodha founded it. It is also called as the Sun City. Jodhpur was a stronghold of the Rathores back in the 15th and 16th century. Rathores had a good relations with the Mughals, Aurangzeb being the exception. The very first fort of the Marwar Kingdom, which was constructed after Rao Jodha found Jodhpur, was the Mehrangarh Fort built in the year 1460. It is one of the largest forts in India. Apart from the Mehrangarh Fort, Jodhpur also has Umaid Bhawan Palace built under the reign of Maharaja Umaid Singh, and more than 500-year-old Rohet Garh Fort, which is turned into a luxury hotel now.

History tells that the city was founded by Jaisala, the chief of Rajput clan at that time. The history of the city dates back to 1156. The fort was built at the top to prevent it from attacks, like most of the forts in Rajasthan. But the city was ambushed in the 14th century and the reign came under the Rajput King Sabala Simha. Jaisalmer was a connecting route for the caravans traversing to Persia, Africa or Egypt. Jaisalmer was very rich economically in the medieval times, but unfortunately, it has lost its economical richness in the modern era, and has only known for its tourist attractions. It is called as the Golden City of India and is a marvelous city for the tourists that love architecture.